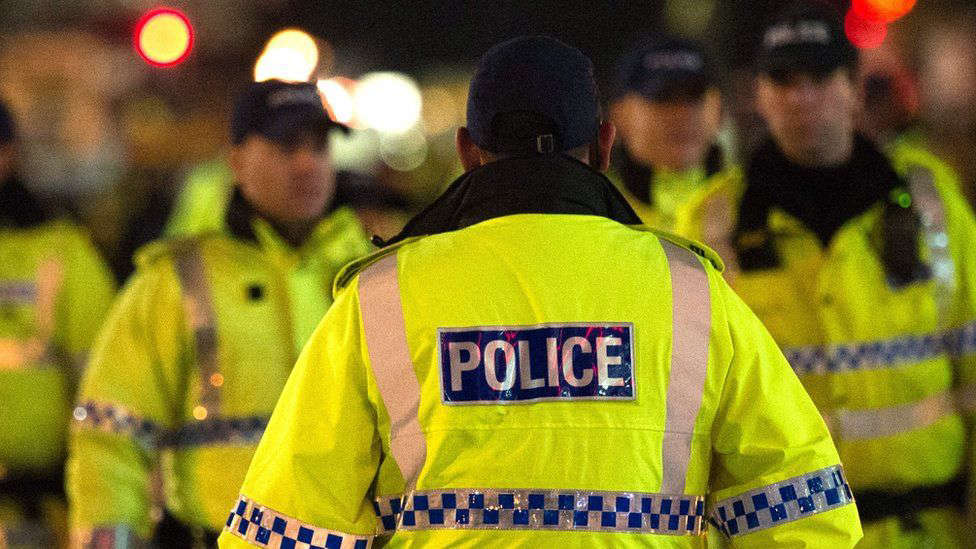 The Force employed a range of activities designed to disrupt and bring to justice those involved in drug dealing, as part of a nationally co-ordinated County Lines Intensification Week, held Monday 7 to Sunday 13 March.

County Lines is the name given to the illegal activity of gangs and organised criminal networks which transport and sell drugs from larger cities and towns into smaller areas using dedicated phone lines, often exploiting children and vulnerable adults to move, store and deal the drugs.

During the intensification week, the Force carried out enforcement activity and executed 15 warrants across Northampton which resulted in the seizure of weapons, cash and illegal class A drugs – including a significant amount of white powder, thought to be cocaine, which if confirmed, would be worth £75,000. In addition, 25 people were arrested, and one vulnerable person safeguarded.

British Transport Police partnered with Northamptonshire police officers on patrol at train stations. Officers also conducted stop searches, gathered intelligence, and visited people at risk of cuckooing, where a vulnerable person’s home is taken over by others who use it to store, take or sell drugs.

The police visited several hotels and taxi companies to chat with employees and share information about County Lines.

To raise public awareness, the Force shared information through the Children’s Society #Look Closer campaign, which encourages people to know the signs of child exploitation, look closer in their own communities, and report their concerns.

In addition, a County Lines and Child Criminal Exploitation (CCE) online awareness event held on Monday 7 March attracted 101 parents and carers, all keen to know more about this type of criminality and the risks to vulnerable children. The event was hosted by PACE (Parents Against Child Exploitation) and included a talk by ex-gang member Kendra Houseman.

“A huge amount of work goes into preventing and rooting out County Lines and drug-related criminality in Northamptonshire on a daily basis, but a focussed week like this gives us a great opportunity to shine a spotlight on this type of criminality.

“Illegal drugs cause an enormous amount of harm in our communities. We want to get rid of the criminals running these drug gangs and provide help to those exploited by them, as well as educating young people about how to spot and avoid getting caught up in County Lines activity.

“These gangs exploit children and vulnerable adults and get them to do their bidding – coercing them to move and store drugs, money and weapons, and will often use intimidation and violence (including sexual violence) to pressurise them.

“We will do everything we can to stop them. If you have any information or concerns about this kind of activity, please continue to report it to us so we can support you and take action.”

If you have information about drug dealing in your area, or if you’re concerned that someone may be involved in county lines, call Northamptonshire Police on 101, or 999 in an emergency. You can also call Crimestoppers anonymously on 0800 555 111 or via www.fearless.org