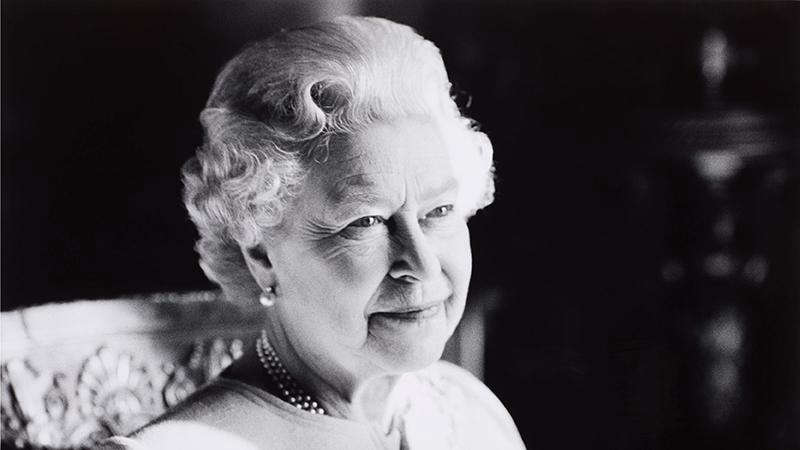 There are two cinemas in the area offering tickets for people to come together and watch the event for free:

James Saunders Watson Esq, Lord-Lieutenant of Northamptonshire and the King’s personal representative in the county, said: "Doubtless the vast majority of people will wish to stay in the comfort of their own homes or join friends and family for this solemn occasion.

"This is something we would wholeheartedly support, but those who wish to watch proceedings on a large screen have an option to do so at participating cinemas."

A two-minute silence will be held on Monday as part of the funeral arrangements.

A separate National Moment of Reflection has been organised to take place at 8pm on Sunday, 18 September which people are encouraged to mark in the way that best suits them.

The Lord-Lieutenant added: "I would request that everyone, no matter where they may be or whatever they might be doing, stops for these important moments of reflection.

"They are an opportunity for us all to consider what we most valued about our late sovereign, and to recall any treasured memories we might have."

THE STATE FUNERAL AND COMMITTAL SERVICE FOR HER MAJESTY THE QUEEN

His Majesty The King and the Royal Family wish to send their sincere gratitude for the messages of condolence received from around the world. The Royal Family has been deeply moved by the global response and affection shown for The Queen as people join them in mourning the loss of Her Majesty.

The State Funeral of Her Majesty The Queen will take place at Westminster Abbey on Monday, 19th September at 1100hrs BST. A Committal Service at St George’s Chapel, Windsor, will take place later the same day at 1600hrs. Presently, The Queen Lies-in-State in Westminster Hall at the Palace of Westminster, having arrived in Procession from Buckingham Palace yesterday afternoon, Wednesday 14th September.

Elements of the State Funeral Service and the associated ceremonial arrangements will pay tribute to The Queen’s extraordinary reign, and Her Majesty’s remarkable life of service as Head of State, Nation and Commonwealth.

Presently, a continuous Vigil of Her Majesty’s Coffin is being kept by The King's Body Guards at the Palace of Westminster. Each Watch lasts for six hours, with individuals within those Watches keeping Vigil for 20 minutes.

The Coffin is draped with the Royal Standard, on which lie the Instruments of State, the Imperial State Crown, the Orb and the Sceptre, where they will remain for the duration of the State Funeral and Committal Service.
A Vigil around the Coffin will be held by The King, The Princess Royal, The Duke of York, and The Earl of Wessex at 1930hrs tomorrow evening, Friday 16th September.

On the morning of the State Funeral, the Lying-in-State will end at 0630hrs as the final members of the public are admitted.

At 1044hrs the Coffin will be borne in Procession on the State Gun Carriage of the Royal Navy from the Palace of Westminster to Westminster Abbey for the State Funeral.

Immediately following the Coffin will be The King, Members of the Royal Family and members of The King’s Household.

The Procession will arrive at the West Gate of Westminster Abbey at 1052hrs where the Bearer Party will lift the coffin from the State Gun Carriage and carry it into the Abbey for the State Funeral Service.

The State Funeral Service will be attended by Heads of State and Overseas Government Representatives, including Foreign Royal Families, Governors General and Realm Prime Ministers. Other representatives of the Realms and the Commonwealth, the Orders of Chivalry including recipients of the Victoria Cross and George Cross, Government, Parliament, devolved Parliaments and Assemblies, the Church, and Her Majesty’s Patronages will form the congregation, along with other public representatives.

Almost 200 people who were recognised in The Queen’s Birthday Honours earlier this year will also join the congregation, including those who made extraordinary contributions to the response to the Covid-19 pandemic, and have volunteered in their local communities.

Towards the end of the Service, at approximately 1155hrs, Last Post will sound followed by Two Minute’s Silence to be observed in the Abbey, and throughout the United Kingdom. The National Anthem will bring the State Funeral Service to a close at approximately 12 noon.

After the Service, Her Majesty’s Coffin will be borne through the Abbey, returning to the State Gun Carriage for the Procession to Wellington Arch, Hyde Park Corner, arriving at 1300hrs. The King and Members of the Royal Family will again follow The Queen’s Coffin in Procession. The Procession will include detachments from the Armed Forces of the Commonwealth. Minute Guns will be fired in Hyde Park by The King’s Troop, Royal Horse Artillery, and Big Ben will toll throughout the duration of the Procession.

When the Coffin reaches Windsor, the State Hearse will slow to join a Procession to be formed up on Albert Road to travel via the Long Walk to St George’s Chapel, Windsor for the Committal Service. Members of the Royal Family will join the Procession in the Quadrangle at Windsor Castle. Minute Guns will be fired on the East Lawn, Windsor Castle by The King’s Troop, Royal Horse Artillery, and Sebastopol Bell and the Curfew Tower Bell will be tolled.

The Procession will halt at the bottom of the West Steps of St. George's Chapel where a Guard of Honour, found by the 1st Battalion Grenadier Guards, will be mounted. The Queen’s Coffin will be borne in Procession into the Chapel.

The Committal Service will begin at 1600hrs, and alongside His Majesty The King and Members of the Royal Family, the congregation will be made up of past and present members of The Queen’s Household, including from the private estates. Also in attendance will be Governors General and Realm Prime Ministers.

The Service will be conducted by the Dean of Windsor, with prayers said by the Rector of Sandringham, the Minister of Crathie Kirk and the Chaplain of Windsor Great Park. The Choir of St George’s Chapel will sing during the Service.

Prior to the final Hymn, the Imperial State Crown, the Orb and the Sceptre will be removed from Her Majesty The Queen’s Coffin, and placed on the Altar. At the end of the final Hymn, The King will place The Queen's Company Camp Colour of the Grenadier Guards on Her Majesty’s Coffin. At the same time, The Lord Chamberlain will "break" his Wand of Office and place it on the Coffin.

As The Queen’s Coffin is lowered into the Royal Vault, the Dean of Windsor will say a Psalm and the Commendation before Garter King of Arms pronounces Her Majesty’s styles and titles.

The Sovereign’s Piper will play a Lament and The Archbishop of Canterbury will pronounce the Blessing. The National Anthem will be sung at the conclusion of the Service.

A Private Burial will take place in The King George VI Memorial Chapel later that evening, conducted by the Dean of Windsor.

The Queen is to be buried together with The Duke of Edinburgh.