Everybody’s Talking About Jamie has been one of the musical hits of the last few years in the West End and has finally arrived at Milton Keynes Theatre on its debut UK tour which was paused during the pandemic.

It's a show which combines the fabulousness of Priscilla with the heartwarming and down to earth realness of Billy Elliot as we follow the true story of Jamie Campbell and his mother, Margaret who were featured in a BBC3 documentary in 2011, Jamie: Drag Queen at 16.

Bad Education and Beautiful People star Layton Williams takes his West End lead role on tour as Jamie, with plenty of sass and attitude but a touching vulnerability as he deals with the school bully, his disapproving bigoted father and unsupportive teachers.  But with the support of his Mum Margaret (Amy Ellen Richardson) and former drag queen Hugo (Shane Richie) he finds he can fit in by being his true self, .

Shane Richie gives one of the best performances of his numerous appearances in MK with a twinkle in his eye as he brings charm and warmth to the character and a convincing appearance as Loco Chanelle.

This is a production which feels very fresh with a dozen original songs from The Feeling frontman Dan Gillespie Sells performed by a live on-stage band, an updated script which includes some witty references to the pandemic and some great interpretive dance sequences.

Interestingly, two of the key moments in Jamie's story happen off stage - his first stage appearance in drag and the actual school prom.  Although this misses the opportunity to bring full-on drag glamour and glitz to the show, it does mean that the story stays focussed on Jamie rather than his drag alter-ego.

There are some great performances from Amy Ellen Richardson as Jamie's Mum, Margaret and Sasha Latoya as her friend Ray who comes out with some great lines and doesn't mince her words.  The pair are like a Northern Sharon and Tracey from Birds of a Feather.  Sharan Phull is also excellent as Jamie's bessie Pritti.

It's a show full of hope that doesn't shy away from the hardship that is a reality for many who face the ruthless cruelty of teenages while they are finding their place in the world, but ultimately it's a feelgood show with a great energy which is genuinely 'life affirming'. 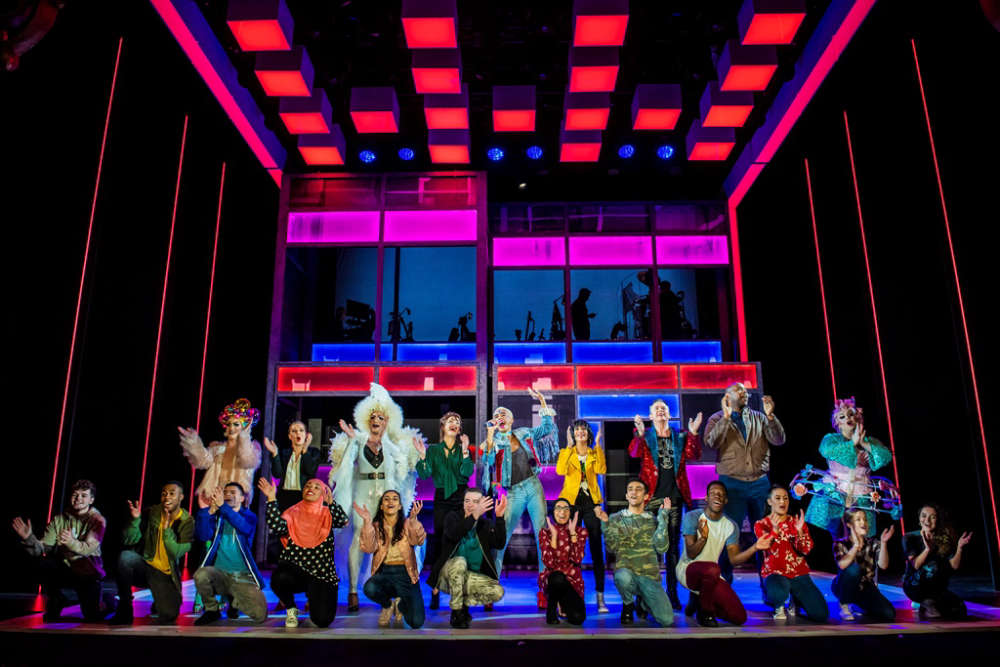 School of Rock
The company of the Everybody's Talking About Jamie Tour. Photo credit Matt Crockett (3)