A new UK tour of Mamma Mia has arrived at Milton Keynes Theatre, ﻿22 years since the show first premiered in London in April 1999.  It's undoubtedly the ﻿favourite musical of a lot of people - so this production had a lot to live up to for fans of the West End show or the movie. But in a show which is built around the fabulous music of ABBA, it can't go far wrong.

From the obligatory standing ovation at the end and the smiling faces in the interval, it's safe to say that this exceeded expectations. Billed as the "ultimate feel-good party", Mamma Mia really is probably the most fun you can have in a theatre, whether or not you see yourself as an 'ABBA fan'. It's a show which does actually put you in a brilliant mood - even the cynical husbands who had been dragged along ended up whistling ABBA songs in the gents during the interval!

The show tells the story of young bride Sophie's unlikely scheme to use her wedding day to discover which of her mother's former lovers is her father by inviting all three potential Dads along. This doesn't go down well with her Mum and it's the mother-daughter relationship which is at the heart of this story about love, friendship and reconciliation.

ABBA's music fits so perfectly into the narrative that it's as if it was written with the story in mind and the show flows seamlessly into each song with Benny and Bjorn providing the soundtrack for the rollercoaster of emotions experienced by 'mother of the bride' Donna Sheridan, played by Sara Pyzer who is convincing and genuine, especially during the iconic 'Winner Takes It All' scene. The ensemble cast includes some outstanding performances from Nicky ﻿Swift as Rosie and Helen Anker as Tanya, Donna's friends.

The trio of potential Dads, played by Daniel Crowder, Phil Coorbitt and Richard Standing are also well portrayed and each has a clearly defined character which is vital as it can get confusing if they are too similar. As Donna's bride-to-be daughter Sophie, newcomer Jena Pandya gives a fantastic performance with huge energy and great stage presence.  Her fiancee Sky, played by Toby Miles is believable and sincere but it's James WIlloughby-Moore who steals the show as his chum Peppa with an eye-watering dance routine to Does Your Mother Know?.

It's a great cast who bring an enormous energy to their performances and seem to genuinely enjoy being a part of it. Watching the show, you really get the feeling that it must be great fun to be part of the cast and it doesn't take much to believe that their grins during the finale are genuine.

This is an unforgettable show which will put you in an instantly brilliant mood. Expect to see feather boas, flippers, hairbrush microphones, confetti, spandex and thousands of sequins... and to leave the theatre with a massive grin! 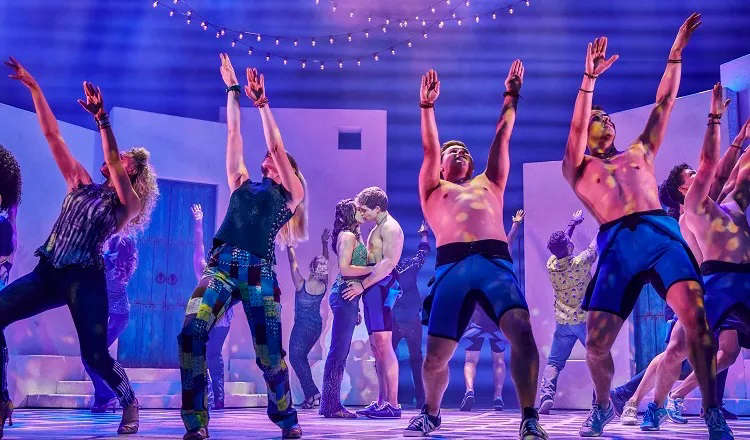 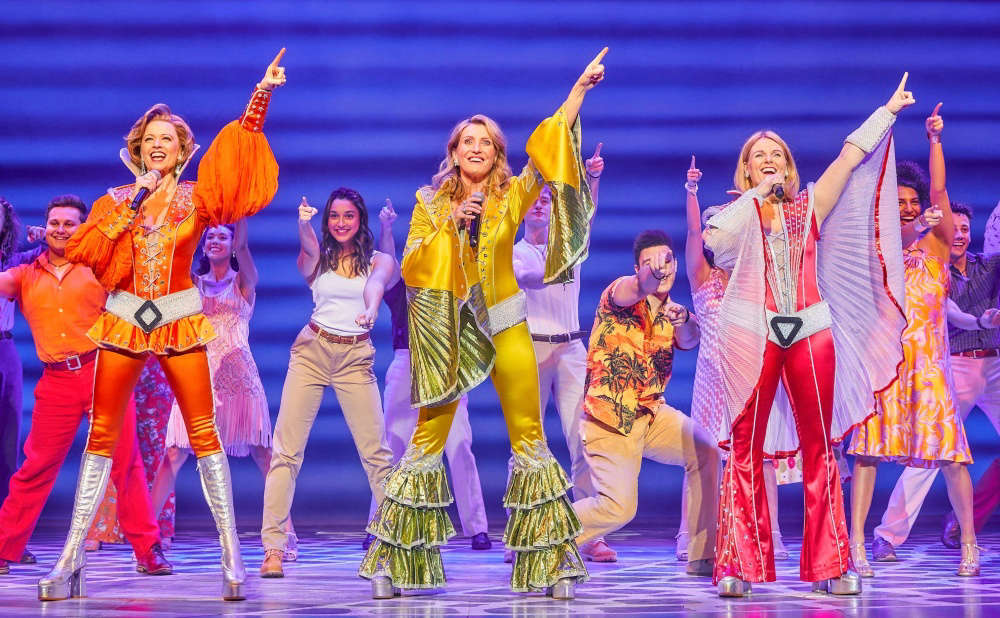