School of Rock - The Musical has been a smash hit in the West End show and it's come to Milton Keynes Theatre on its first UK tour.

It took Andrew Lloyd Webber seven years to persuade Paramount Pictures to allow him the rights to turn Jack Black's 2003 movie into a musical but he said he could see the potential immediately when he first watched the film.

As the show opens, a recording of Lloyd Webber is played with him saying that the question he's asked most is whether the kids are playing their own instruments in the show. And the answer is most definitely yes.  It's worth saying, because the musicianship from the young cast is outstanding, and it's a real thrill to hear them rocking out the well known songs from the film live on stage... and loud.

There's 14 new songs alongside the music from the film and most of the music is performed by the cast on stage supported by a band in the orchestra pit to create a phenomenal sound. Despite the stage being dominated by talented children for the vast majority of the show, there's no precocious theatre school jazz hands here, and this is very much a show for adults too. The show is slick and polished with a sharp, funny script and some great topical lines to keep it fresh.

The story follows Dewey Finn, a rock guitarist who's kicked out of his band for stealing the limelight and is struggling to pay the rent, when he decides to impersonate his teacher flatmate and turn up as a substitute teacher at a very prestigious prep school. When he hears the uptight children's music lesson, he realises he can turn them into a rock band and enter a battle of the bands competition.  Along the way, he shares his liberal political viewpoint with the children and encourages them to 'stick it to the man'.

Fans of Jack Black might be wary of going to see a 'fake Jack' take on the role but it's impossible not to enjoy Jake Sharp's big hearted portrayal of Dewey Finn. He brings a loveable warmth and sincerity to the character and a genuine sense of fun.  Alongside him is a fantastically talented cast of children from across the UK with three sets of kids sharing the roles. For press night, these were played by Isaac Forward as Freddy, Ivy Balcombe as Katie, David Gluhovsky as Lawrence, Hanley Webb as Zack, Darmani Eboji as James, Ophelia Parsons as Sophie, Alfie Morwood as Billy, Saffia Layla as Summer, Jasmine Djazel as Tomika, Nesim Adnan as Mason, Paris Banyong as Marcy and Eden Anthony as Shonelle.

This is a show which thoroughly deserves its success and is a safe bet for a great night out that will have you on your feet and dancing at the end. 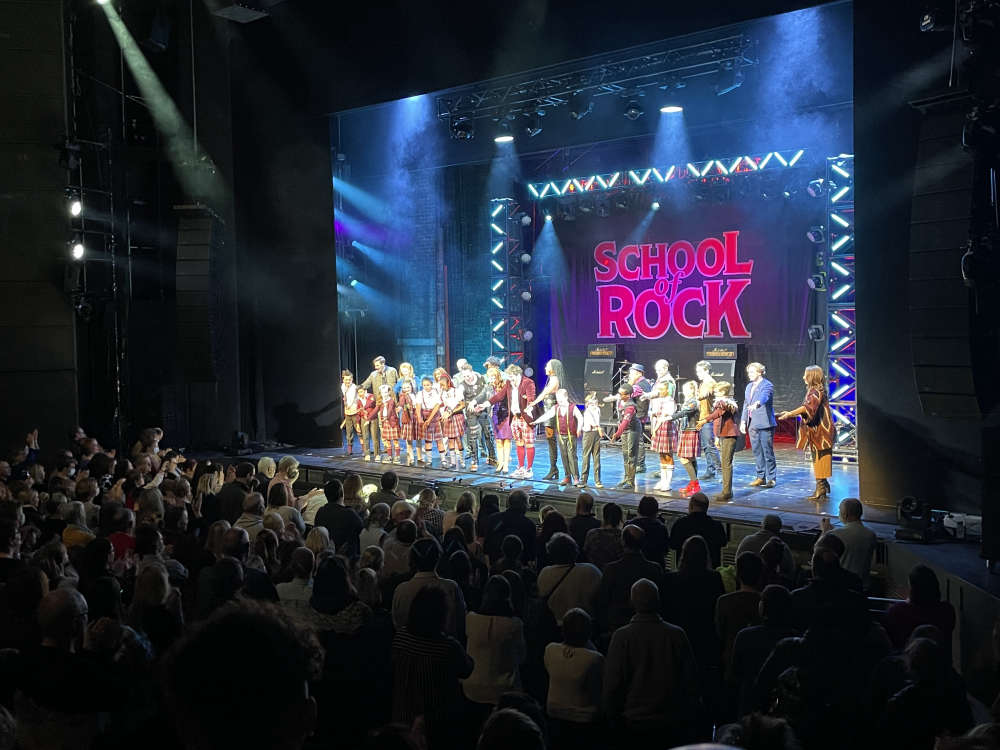 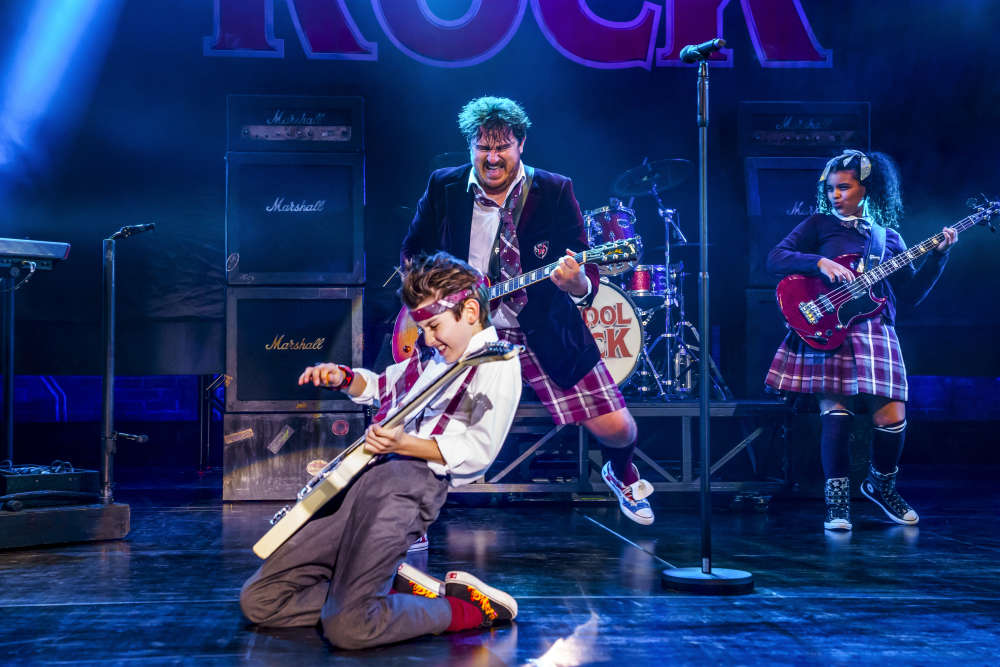