Singin' In The Rain

Singin' In The Rain has been voted the most popular film musical of all time, so it's no surprise that this stage adaptation is fantastic.

Returning to Milton Keynes Theatre, this is a feast for the senses with show stopping all-singing all-dancing numbers that recreate the golden age of musicals with great affection.  Steps star Faye Tozer reprises her role as silent movie star Lina Lamont who is blessed with a uniquely unpleasant voice.  Her on-screen love interest Don Lockwood (Sam Lips) is an equally self-obsessed Hollywood star but when he bumps into Kathy Seldon (Charlotte Gooch) he is forced to develop some self awareness but how will they cope when talking pictures arrive in town?

Completing the cast is the immensely talented Ross McLaren as Cosmo Brown, Lockwood's former stage partner and now musical director for the studio and frequent 'third wheel' in the romantic scenes.

This is a sumptuous show with lavish musical numbers including the hilarious 'Make 'Em Laugh' which features a quickfire barrage of classic slapstick delivered by Ross McLaren while, of course, singing and dancing.  There's the tongue-twisting musical number Moses Supposes, the irresistibly jolly Good Mornin' and a brilliant recreation of some classic vaudeville routines.

Faye Tozer is brilliant as Lina, perfecting her annoying Brooklyn accent and managing an epic performance of the song What’s Wrong With Him which despite being totally out of tune is perfectly performed.  Sam Lips has a tough task in measuring up against the great Fred Astaire but his performance is superb, especially in the iconic showstopper Singin' In The Rain which is worth the trip to the theatre on its own.

With five tonnes of water raining down on the stage from 100 metres of hosing, it's not just the cast who get soaked - the front few rows end up looking like they've been to see a dolphin show!  Some of the more experienced audience members had even brought their own umbrellas! The finale reprise with the whole cast dancing in the downpour is also superb.

It's easy to see why audiences are loving this joyful show which features the sort of entertainment you rarely see these days - perfectly synchronised tap dance routines, the whirl of the chorus line's limbs and an affectionately faithful recreation of a much loved classic musical. 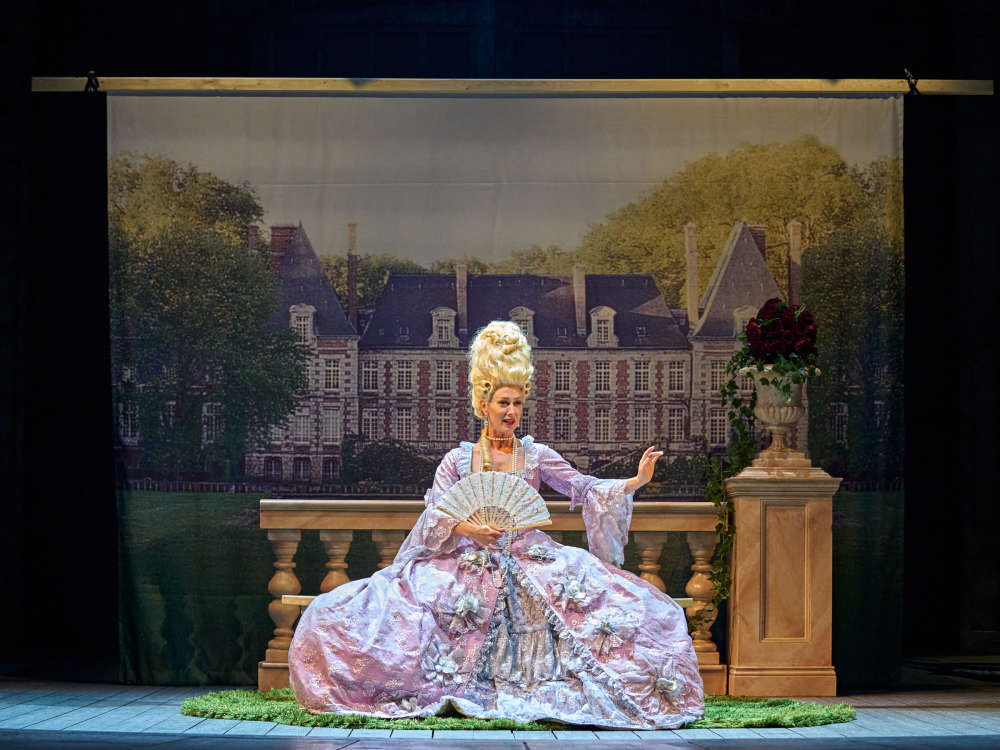 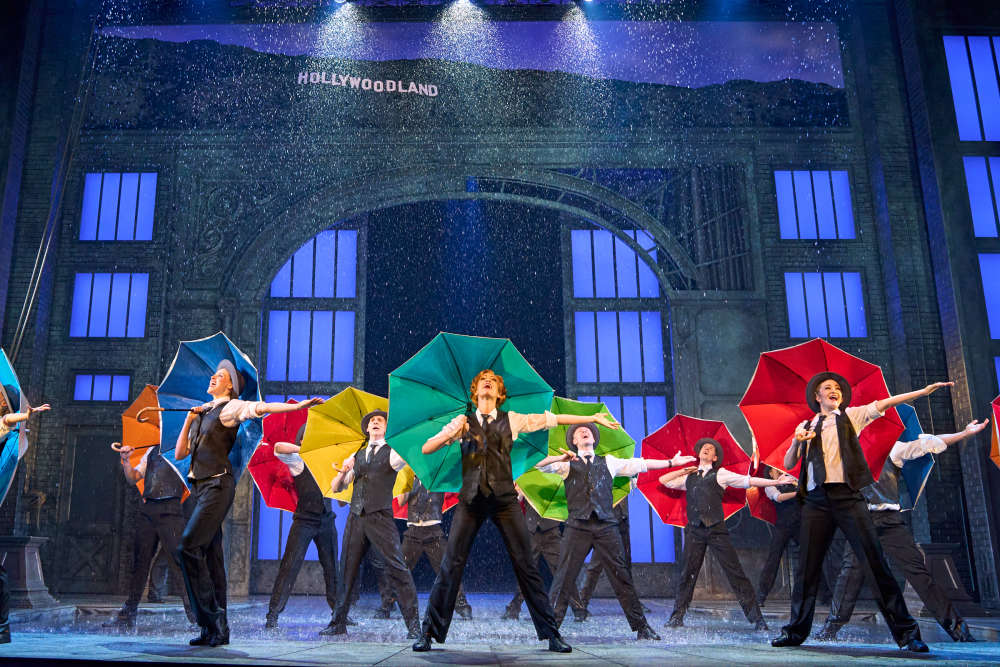