Welsh National Opera's tour comes to Milton Keynes Theatre between 22 and 26 March 2022 with productions of three operas - Madame Butterfly, Don Giovanni and Jenufa supported with a live orchestra and subtitles on screen above the stage making it easy to follow the story for opera newcomers. There's something for everyone in the lineup of shows.

It tells the story of a couple whose dream-like wedding hides a cruel reality behind the perfect facade as the beautiful bride, Butterfly finds herself abandoned and betrayed as her world crashes down around her.  Her one chance for freedom becomes her prison and as she fights to survive, her desperation and pain escalate with devastating consequences.

There was a stunning performance on the opening night from BBC Cardiff Singer of the World 2011 finalist Meeta Rawal as Butterfly with an incredible vocal range taking Puccini's music to a new level. Alongside her as her husband Pinkerton, Leonardo Caimi gives a commanding performance. There are also notable performances from Kezia Bienek as Suzuki and Gareth Brynmor John as Sharpless

The underlying themes of female powerlessness resonate as much today as they ever have with today's issues such as domestic abuse, human trafficing and privilege making this story increasingly relevant.

The production is sung in Italian with subtitles in English. 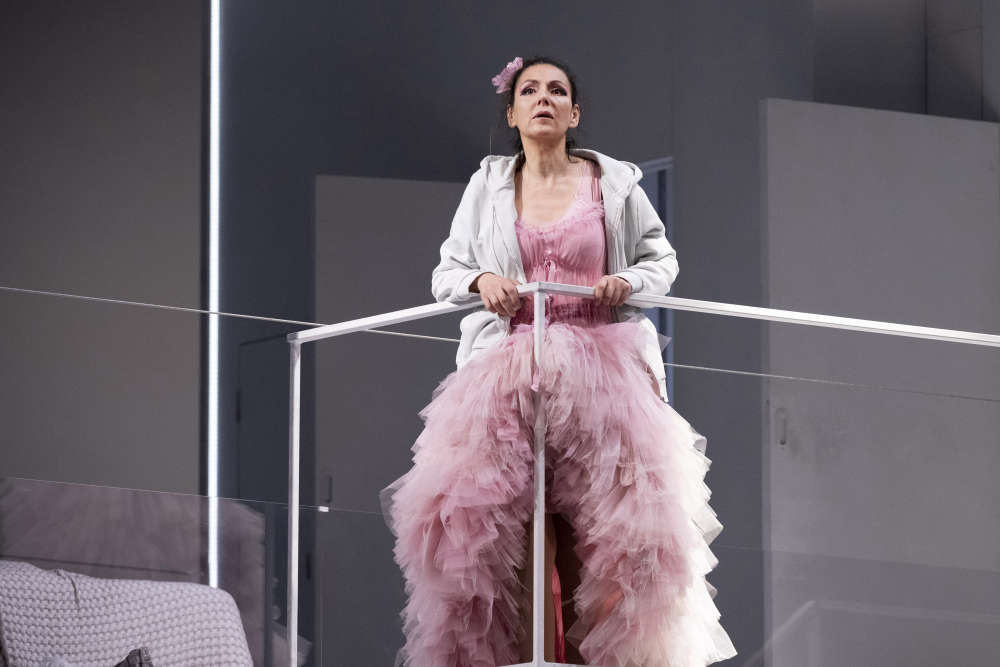 Don Giovanni combines the music of Mozart and a dramatic story based on the legend of Don Juan which dramatically demonstrates how "playing with fire will burn you in the end".  It's sung in Italian (with English subtitles) and presented in an imposing set of large statues and iron gates which glides around during the show.

The anti-hero, Don Giovanni is a difficult man to admire, with thousands of conquests under his belt as he works his way through Europe's female population with no regard for borders or boundaries.  As the story opens, he has already reached the stage where he no longer cares about consent and it seems his luck is about to run out when he ends up murdering the father of a woman he has just assaulted. A string of his ex-lovers begins to pursue him and when he refuses to show any remorse his past finally catches up with him.

The show is set during the Spanish Golden Age. Mozart reflects both comedy and tragedy brilliantly in the score, including the sparkling Champagne aria and the high drama of the heart-stopping finale.

Andrei Kymach perfectly embodies Don Giovanni with a cocky swagger and twinkle in his eye making his seductions very believable. His partner in crime, Leporello is played by Joshua Bloom with a cheeky charm, especially as he delivers the Catalogue aria, listing Giovanni's 2,065 lovers.  There are strong female roles from Harriet Eyley as Zerlina who has a wonderfully expressive face and powerful vocals, Meeta Raval is excellent as feisty Elvira, Giovanni's abandoned wife and completing the trio of his angry victims, Linda Richardson as Donna Anna gives a spirited performance.

While musically this is one of the great operas, parts of the story don't align comfortably with modern values and the audience was noticably smaller than for the previous evening's performance of Madame Butterfly. Nevertheless, the WNO team have done a good job of telling the story and Giovanni does ultimately pay the price for his behaviour. 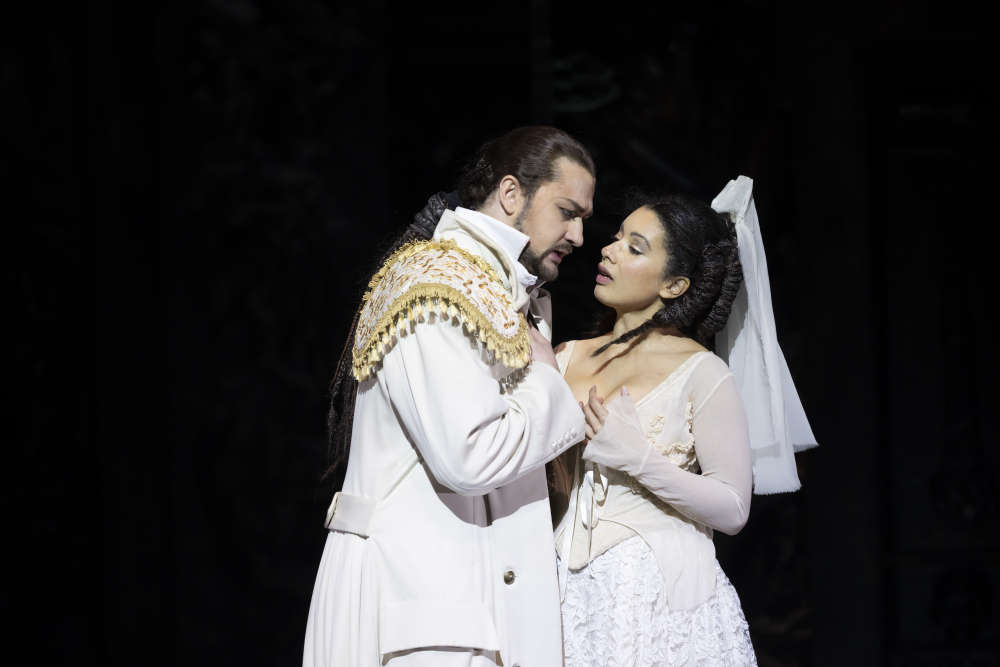 Jenůfa has a secret. She is about to have a child out of wedlock, and hopes to marry the father before the secret is revealed. But her stepmother has other plans, and her desperate actions have terrible consequences for Jenůfa. Set across seven months, the drama unfolds, and on Jenůfa’s eventual wedding day the truth of what really happened is revealed.

Jenufa is a heart-wrenching tale of hope, love and despair, Jenůfa has captivated audiences for a century. WNO Music Director Tomáš Hanus conducts Katie Mitchell’s acclaimed production that was described as ‘the most powerful yet’ last time it toured. 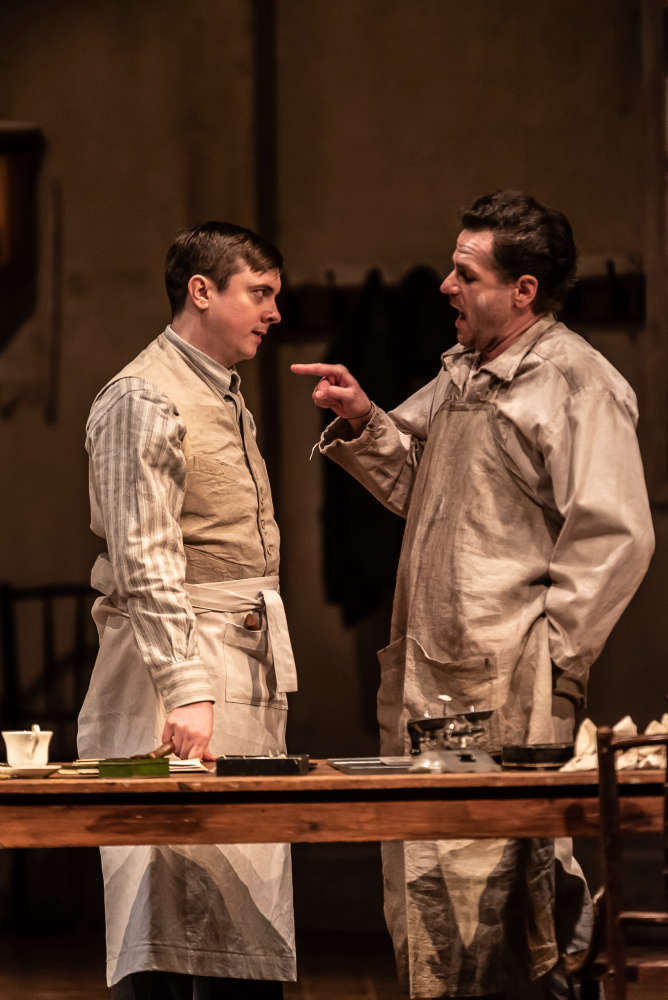 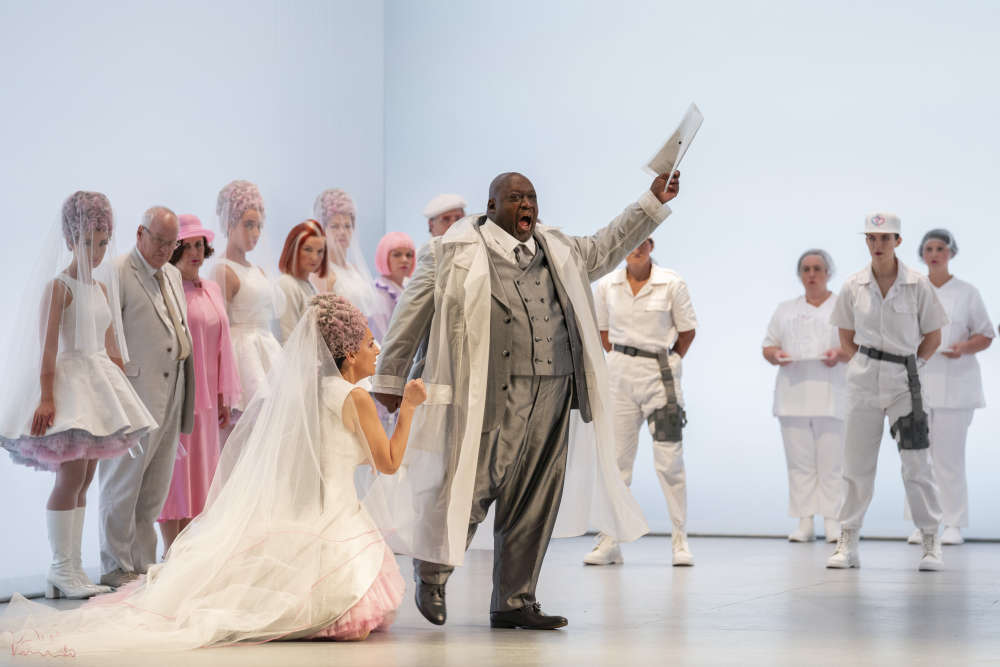