Bat Out Of Hell

Bat Out of Hell promises to be an 'over the top theatrical spectacle like no other' and boy does it deliver!

This show is loud, brash and unashamed to rock with a killer soundtrack from the late great Meat Loaf and an epic rock opera plot set in a bonkers post-apocalyptic world where a gang of 18 year olds have been somehow genetically modified so they can no longer age.  The leader of their gang who call themselves "The Lost", Strat (Glenn Adamson) falls for the daughter of the tyrant who rules over them, Raven (Martha Kirby) and there's a lot of angst, motorbikes and passionate singing as they try to make it work.

Rock fans will not be disappointed by this show which has no shortage of attitude with performances which have amazing stage presence and uncompromising 'rock' vocals which certainly don't feel like 'musical theatre' versions. In fact, you'll feel like you're at a rock concert with great sound, lighting and a respectful recreation of the sound of Meat Loaf's iconic music.

This is a jukebox musical which has won a ton of awards and broke the mould of cheesy jukebox musicals with a show that brings the energy and excitement of rock 'n roll to the stage.  There's no shortage of big, familiar songs in Meat Loaf's back catalogue and they're all here - from the anthemic Dead Ringer For Love and Bat Out Of Hell to the epic I'd Do Anything For Love (But I Won't Do That) and Paradise By The Dashboard Light and the truly random Objects In The Rear View Mirror May Appear Closer Than They Are, all performed, of course, with a live band.

The staging of the show is very clever with Raven's bedroom behind a window and some of the action shown on a big screen as it's being filmed by an 80's style video camera which ends up looking a lot like a vintage music video.

There's great performances from Glenn Adamson as Strat, who has the responsibility of performing the lead on some of the biggest songs but does so with an incredible stage presence and frequently no shirt. He has a great chemistry with Martha Kirby as 'wild child' Raven who has stunning vocals. Jamie Jukes as Raven's Dad Falco is also excellent with a confident performance in a challenging role alongside his wife, Sloane, played by Laura Johnson

Bat Out Of Hell is simply a great night out with a perfect mix of musical nostalgia and edgy rock which is already proving a big hit in Milton Keynes. 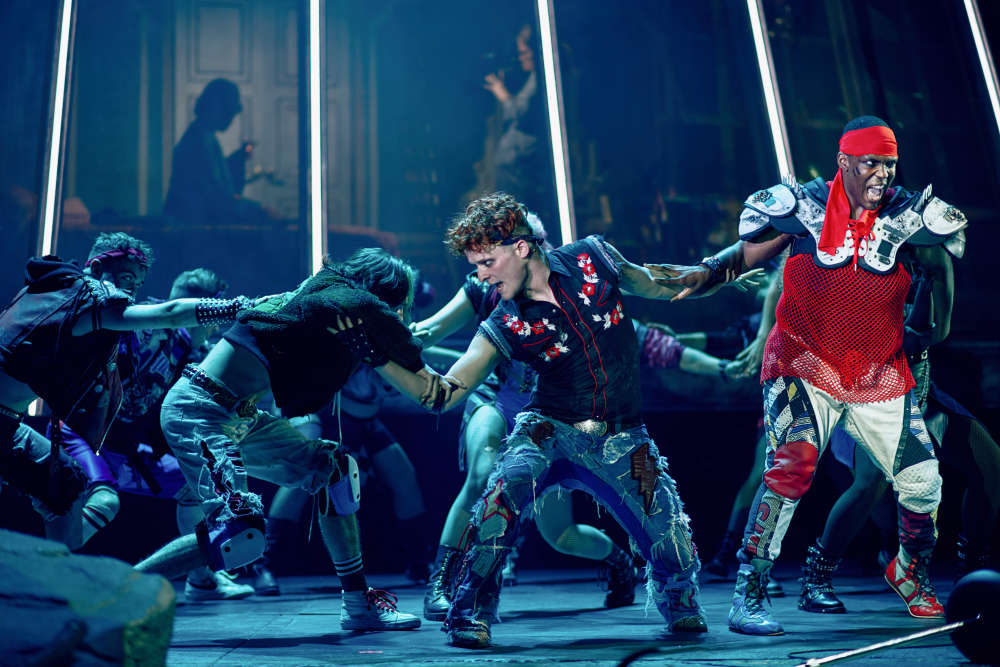 Diwali 2022
Danny Whelan as Ledoux and James Chisholm as Jagwire and the cast of Bat Out Of Hell in BAT OUT OF HELL THE MUSICAL. Photo Credit - Chris Davis Studio 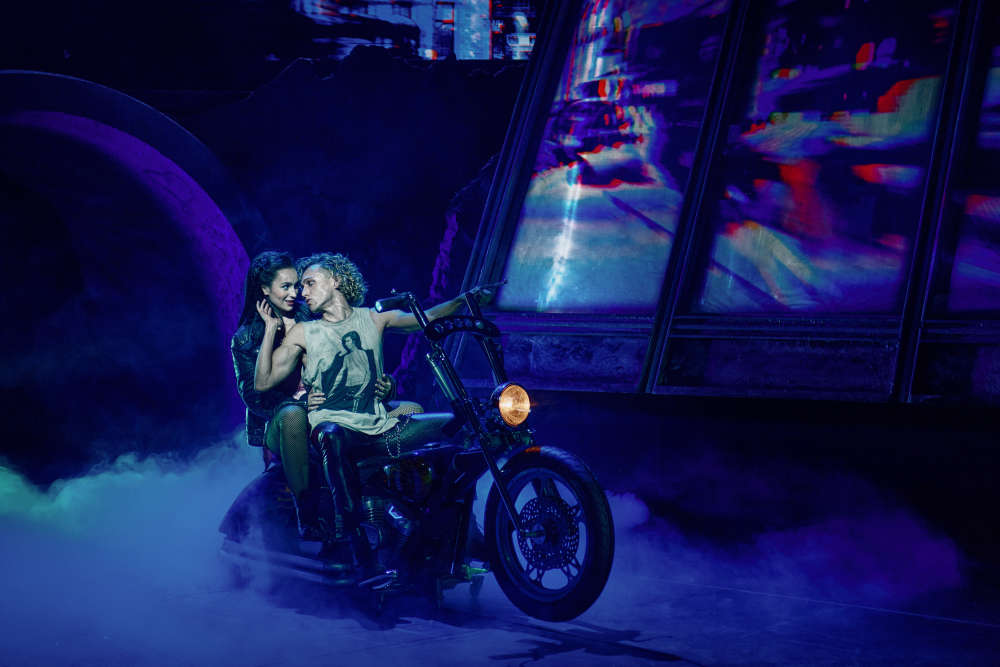