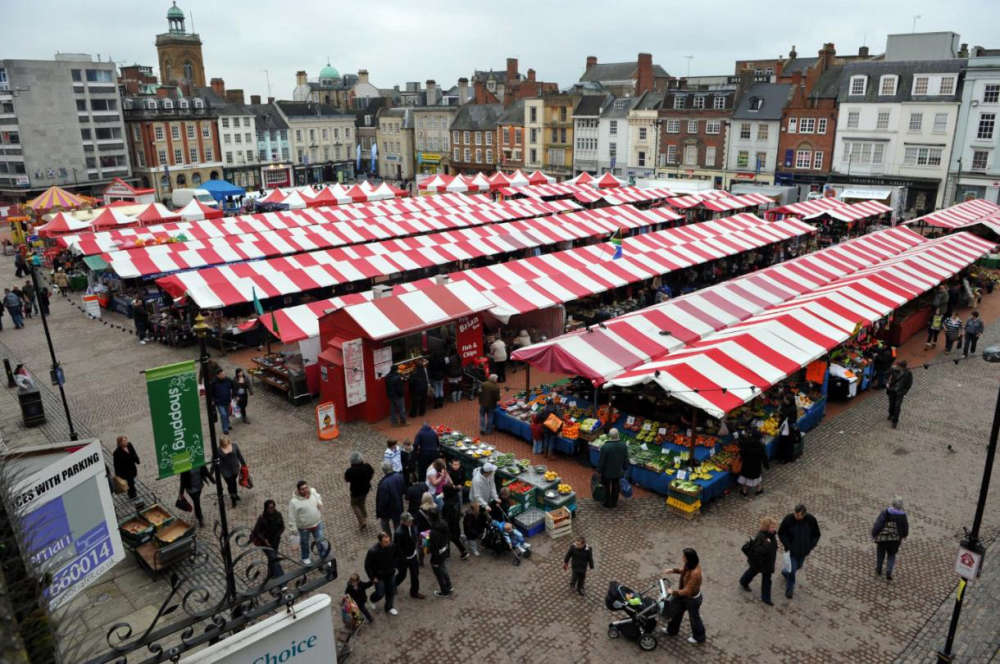 Northampton Market is set to be relocated to the Commercial Street car park at the corner of Horseshoe Street and St Peter’s Way while Market Square is redeveloped.

The move will enable the whole market to be kept together, allowing work on Market Square to proceed without significant delay.

“We know many of the traders would have preferred to stay on Market Square while the redevelopment takes place, but this would cause significant delays and additional costs.

“We worked through several different options including possible relocation to parts of Abington Street, and we even looked at an empty unit in the Grosvenor centre as a possibility.

“All of the other options would have meant splitting the market up to some degree which would have reduced the potential footfall to each separate area.

“Situating the whole market at Commercial Street car park will increase its visibility as it will be located at a very busy road junction. It will also allow people direct access via car.

“We will do everything we can to minimise disruption for traders during the Market Square work and we will help promote the new location as widely as we can.”Cllr Lizzy Bowen, Cabinet Member for Economic Development, Town Centre Regeneration and Growth

A longer list of locations was initially considered including.

Preparations will include ensuring adequate power and water are available for traders that need them. The planned relocation is expected to happen by August 2022.

For more information on the engagement that has taken place to date and to view the design of the new Market Square (option 3), visit the Regeneration pages of West Northampton Council's website.