Applications now open to be part of Northampton Pride 2022 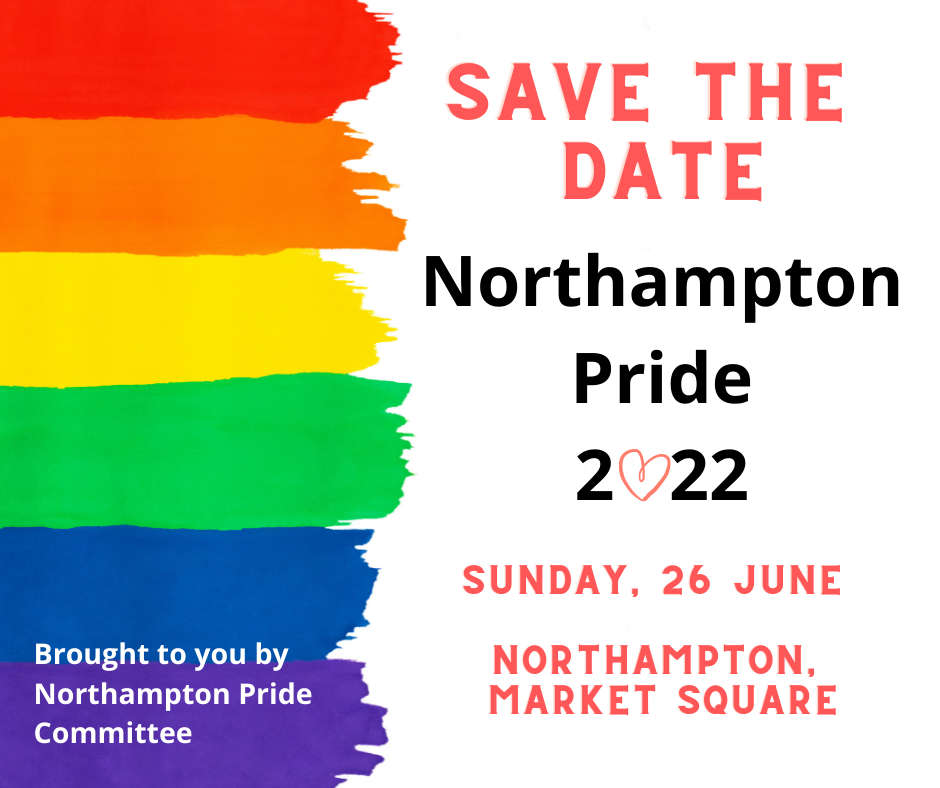 Performers, food vendors, stallholders, volunteers, and community groups are invited to take part in this year’s Northampton Pride which will take place in the Market Square on Sunday, 26 June from 11am to 4pm.

The event which is organised by the Northampton Pride Committee and West Northants Council’s LGBTQ+ and Allies Forum, celebrates the LGBTQ+ community and encourages acceptance and equality for all.

Cllr David Smith, West Northamptonshire Council's Cabinet Member for community safety and engagement said: “Northampton Pride is a time to come together to celebrate and embrace diversity and inclusion across West Northants.

“We value the contribution all communities make to our county and having a local Pride festival sends a strong message that diversity doesn’t just exist in West Northants – it’s actively celebrated.

“It also sends an important signal that prejudice will not be tolerated. As a local authority we will continue to fight against all forms of discrimination and lead the way in promoting equality for everyone."

The event, now in its 5th year, offers local groups, organisations and performers the chance to show their commitment to creating a tolerant and fair society for all.

Cllr Smith went onto say: “Northampton Pride and its supporters have grown year on year, and I am looking forward to seeing lots of new faces getting involved this year."

Local bands, performers, small businesses, and residents who would like to take part in this year’s event can register their interest by emailing forums.nbc@westnorthants.gov.uk

Northampton Pride is a free event that relies on the generous support of groups and organisations. Sponsorship opportunities are available to anyone who wants to support the event and demonstrate their commitment to inclusion for everyone.

For more details on what sponsorship packages are available, please email forums.nbc@westnorthants.gov.uk