Four and half years in prison for domestic abuser 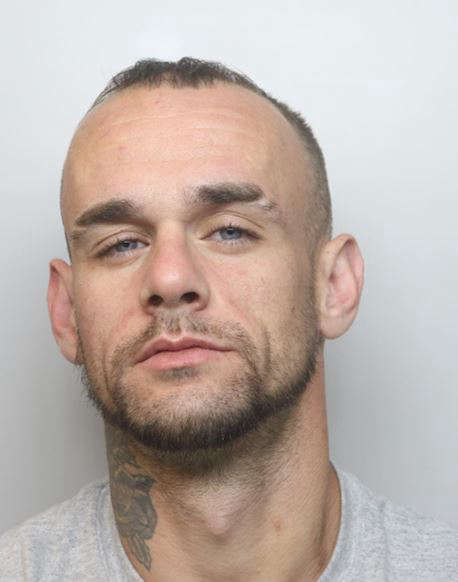 A 33-year-old man has been sent to prison for four and a half years after being found guilty of domestic assaults and coercive and controlling behaviour.

Royston Kevin Evans, previously of Wellingborough, started a campaign of abuse against his partner in March 2021.

It started with small comments designed to put the woman down before his behaviour gradually escalated over time to physical abuse and exceptionally controlling behaviour.

Evans limited who the woman could talk to, stopped her from leaving the house, and even made her ask his permission to got to the bathroom during the night.

The abuse also became physical with Evans choking the woman on multiple occasions and subjecting her to numerous assaults.

On one occasion, she was seen outside Wellingborough Police Station by officers, being pinned to the wall by Evans as she tried to press the building’s buzzer for help.

An investigation was launched with Evans ending up being arrested and subsequently charged.

At Northampton Crown Court this week (March 14) he was sentenced to four and a half years in prison. Twelve months of this related to a separate dangerous driving matter.

Lead Investigator – DC Stacey Hill from Northamptonshire Police’s Domestic Abuse Team, said: “Royston Evans’ behaviour was truly deplorable. Over time he controlled this woman, a person he was meant to love, by decimating her confidence, piece by piece.

“It took enormous courage for her not only to report this to us, but to support our investigation from start to finish – we never take this for granted and never underestimate how much effort it takes our survivors of domestic abuse to go through with criminal proceedings.

“I am really proud of this lady for the bravery she has shown and I hope the conclusion of this case provides her with some closure and the ability to move forward with her life.

“On average, it takes a victim of domestic abuse seven times to leave before they stay away from their abuser for good, because as the abuser senses that they're losing power, they will often act in dangerous ways to regain control and ‘love-bomb’ the victim.

“Each time though, we will be here for that victim. We will listen, we will understand, and we will never judge.

“I hope this case shows that tackling domestic abuse remains a matter of priority for Northamptonshire Police and I would implore anyone who is suffering in a relationship to take that first step and speak to us so that your journey towards getting back to the real you begins.”

Love should lift you up and make you feel safe and happy.

It shouldn't make you feel anxious, fearful and controlled.

If you are suffering in a relationship, please come forward.

We will believe you.

If you need our help please ring 101 or in an emergency – 999. If you would prefer to report online, you can visit www.northants.police.uk/ro. If you are not ready to speak to the police, we understand, and would encourage you to visit www.ndas.co who are a local organisation who can also help you.