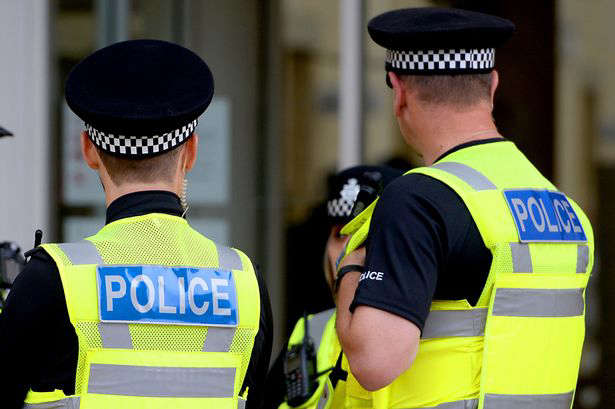 Northamptonshire Police have commended the actions of hotel staff in Corby for alerting them to a potential case of child exploitation.

Staff at the Holiday Inn had previously undergone police training to help them spot the warning signs of child sexual exploitation (CSE) and child criminal exploitation (CCE), and to feel confident to report concerns.

Child exploitation is happening here in Northamptonshire. Local and national evidence shows that CSE and CCE can take place in hotels, pubs, cafes and places licensed to sell alcohol. Taxis can also be used to transport young people who are being exploited.

In early November, staff were concerned about young two children who had been checked in to the hotel by a man who had separately checked in a few days earlier. They called the police to highlight their fears and to ensure the children’s safety.

Detective Sergeant Gary Turvey said: “The staff at the Holiday Inn did exactly the right thing in calling us to raise their concerns about two children who had been booked into a room at the hotel, as signs indicated they could potentially have been at risk of exploitation.  Happily, after investigation by our officers, the children were fortunately found not to be at risk, and all was well.

“Although on this occasion it was a false alarm, the children’s parents thanked staff and were impressed that the hotel took their safeguarding responsibilities so seriously. They said they would like to think everyone would act like that if they thought there was an issue with young children.

“We want hotel staff and staff in other businesses to be professionally curious and proactive just like the Holiday Inn staff, and to feel confident to call us whenever they have a child safeguarding concern.”

Child exploitation is happening here in Northamptonshire. Local and national evidence shows that CSE and CCE can take place in hotels, pubs, cafes and places licensed to sell alcohol. Taxis can also be used to transport young people who are being exploited.

Through a national policing initiative called Operation Makesafe, the Force has been working to make sure people employed in these environments have a much better awareness of child exploitation, are able to spot the warning signs and have the confidence to report their concerns.

Detective Sergeant Andrew Shears who is also part of the Operation Makesafe Team explains: “We have a bespoke training plan for hoteliers, and we are pleased that the training with them and other local businesses is working so well. We’d much rather have a false alarm and a chance to investigate than a child be harmed because someone was unsure whether to report.

“This is a busy time of year for hotel, licensing and taxi industries, and a potential opportunity for criminals to use the Christmas festivities as a cover to exploit and abuse children. We know that exploitation is likely to be under-reported, so we rely on people being alert and well-informed about some of the ways that children could be groomed.

“The training we provide not only helps staff to be alert it also helps businesses to develop their policies and training around safeguarding, exploitation risks, signs and trends. Any local hoteliers who haven’t yet taken advantage of the training we offer should get in touch so they too can do their bit to keep youngsters in the county safe. ”

If you suspect a person of carrying out child exploitation, or think someone you know has been a victim, or may be soon, visit our How to report possible child abuse page or call our non-emergency number, 101. If someone is in immediate danger of harm, please call 999.