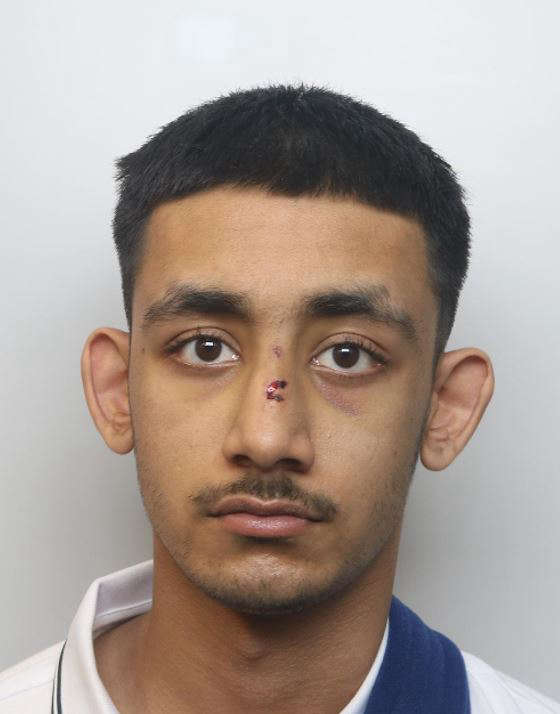 A 20-year-old man has been sent to prison for three years and four months for his involvement in a courier fraud scam which aimed to con two elderly women out of thousands of pounds.

Abdul Ha-Meem, previously of Clare Gardens, Barking, was involved in the scam which took place in June 2021 and started with a phone call to two elderly women from someone pretending to be a detective working for a Metropolitan Police fraud squad.

The caller stated that there had been a raid in Corby that morning and £180k of counterfeit money had been seized.

They then went on to detail the corruption that allegedly existed within local banks and that they needed the women to help them with a secret investigation into it.

They convinced the pair to withdraw cash totalling nearly £8000 for inspection, arranging for a courier to pick up half the money the next day.

The next day, Ha-Meem arrived with an agreed password to collect the package of money.

But one of the women got suspicious and phoned the Metropolitan Police directly to check the name of the officer given to them.

Realising that she had been scammed, she phoned Northamptonshire Police and an investigation was launched.

However, the next day, the scammers phoned again and informed the women Ha-Meem would be back to collect the second half of the money.

But when he arrived, the door was answered by police officers working for Northamptonshire Police’s Economic Crime Unit.

Ha-Meem attempted to run, but he was caught and arrested.

At Northampton Crown Court this week (March 25), he was sentenced to three years and four months in prison.

Lead Investigator - Detective Sergeant Simon Seed, said: “These scammers have no morals and no ethics – they will cheat and lie their way into stealing as much money as possible and will have no issues leaving elderly people in financial difficulty as a result.

“This callousness is evidenced by the fact that the password set up in this case when the pick-up was being arranged was one of the women’s late husbands. This demonstrates the lack of decency and emotion they have and how they will do anything to con people out of money.

“Abdul Ha-Meem should be utterly ashamed of himself for being a part of a scam like this and I hope he reflects on this low-life behaviour during his prison sentence.

“Neither the police, your bank or any other trusted organisation will ever ask you to withdraw cash from your account, or move money to a safe account, or send someone to collect money from you. If you receive a call of this nature, use another phone to report it to the police.

“I welcome the sentence handed out to Abdul Ha-Meem and would like to thank the team who worked so hard on this case, ensuring we achieved this great result.”

At the conclusion of sentencing, Her Honour Judge Lucking, said: "The police officers acted very quickly indeed and the following day they were ready and waiting when contact was again made by the fraudsters."