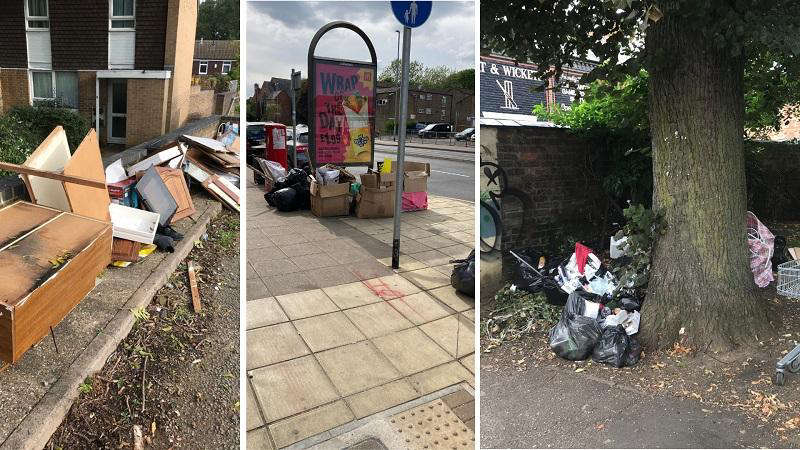 Three people have been ordered to pay fines for fly-tipping and littering offences following successful prosecutions by West Northamptonshire Council.

The cases were heard at Wellingborough Magistrates’ Court on Tuesday (March 2) following investigations by the Council’s Neighbourhood Warden and Park Ranger teams.

Marius Petreniciuc (36) of Brocade Close, Northampton was fined £292 and ordered to pay costs of £800 plus a £34 victim surcharge after he admitted to fly-tipping items from a kitchen he had been replacing.

The Wardens had originally issued Petreniciuc with a £400 fixed penalty notice after finding the items in a car park in Lumbertubs in October last year, but he was brought before the court after failing to pay.

Diana Otiwaa (44) of Beaufort Close in Duston was fined £310 and ordered to pay legal costs of £1,272.50 plus a £34 victim surcharge after pleading guilty to dumping a large number of cardboard boxes from her business in Wellingborough Road on 7 June last year.

And Razvan Cristea, of Louise Road, Northampton, was fined £660 and ordered to pay £800 in costs plus a £66 victim surcharge for leaving a large amount of waste at the Bailiff Street entrance to the Racecourse last August. Magistrates found the case proved in his absence.

There is no excuse for littering or fly-tipping and I hope these prosecutions and the fines imposed send out a clear message that we will not hesitate to take action against offenders whenever there is evidence to do so.Cllr David Smith, Portfolio Holder for Community Safety and Engagement, and Regulatory Services