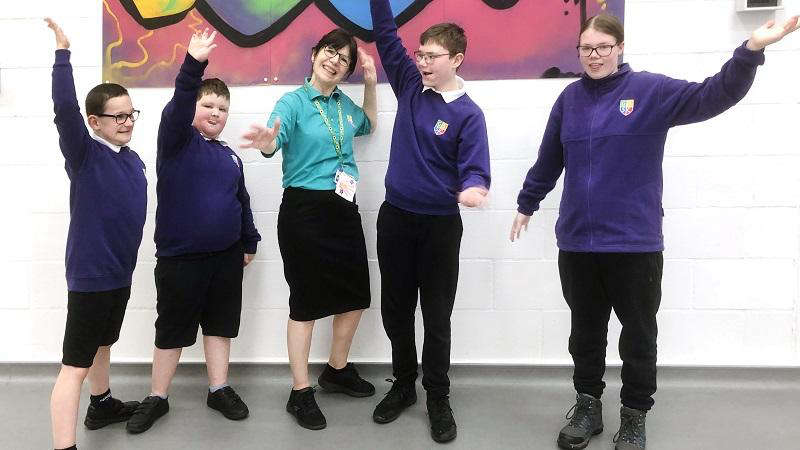 This year’s Northampton Music Festival (NMF) will open with a special performance of two well-known songs with a twist – they will be performed in sign language.

Children from across the county have been invited to take part in the signing of Firework by Katy Perry and Louis Armstrong’s Wonderful World, which has been organised by Greenfields Specialist School for Communication.

The performance will take place on Sunday 19 June at 11:30am on the Main Stage in the Market Square, and the school is encouraging everyone to view two specially made videos to learn the signed versions of the songs.

Lisa Atack, Headteacher at Greenfields, said: “We have contacted all schools across the county inviting them to come along and watch our SIGNING Stars performance and join in with the signing to kick off the festival in style. Staff, pupils, young people and their families are all welcome to join in.”

The signed versions for each song can be learned by watching two videos specially made for the event featuring Cathy Rideout, Greenfields Teaching Assistant and leader of the SIGNING Stars choir.

Polly Wilson, Trustee of The Wilson Foundation, one of the key funders of NMF said: “We can’t wait to see the SIGNING Stars performance live on stage. As a charity established to give a helping hand to young people in Northamptonshire, it’s wonderful to see aspiring performers being given this once in a lifetime opportunity to shine.”

A limited number of young people will also be invited to join Lisa on stage and take part in the performance. To express interest in performing, email Lisa at: latack@gssc.org.uk

Northampton Music Festival will run from 11:30am until 9pm on Sunday 19 June. Entry is free.