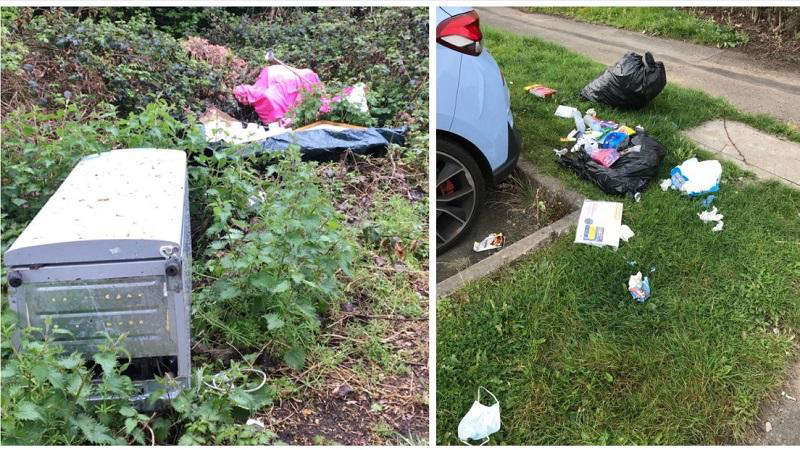 A woman who paid someone £70 to take her old fridge away has been ordered to pay more than £2,000 in fines and court costs after it was fly-tipped.

Neighbourhood Wardens from West Northamptonshire Council traced the fridge, together with a number of other household items, back to Farhiya Amir after they were found dumped in shrubbery near her home in Melbury Lane, Northampton last May.

Miss Amir (34) admitted she had paid two boys £70 to take the rubbish away and was issued with a £400 fixed penalty notice.

But after ignoring the notice she was brought before Wellingborough Magistrates last Tuesday, where she pleaded guilty to failing to comply with the domestic waste duty of care requirements, and was fined £400 and ordered to pay court costs of £1,700 plus a £40 victim surcharge.

Under the duty of care, anyone paying someone to dispose of waste must ensure they use a reputable business with a waste carriers’ licence and documentation to prove it.

We’re doing all we can to target fly-tippers, however residents can play a role in this too, by ensuring they only use licensed, responsible operators to take away their rubbish.

Please be on your guard against unlicensed waste operators offering to take away unwanted items on the cheap. If it sounds too good to be true, it’s likely they are not paying for the waste to be properly disposed of, and will simply dump it instead.

Do not be left paying the price. Please protect yourself by making sure that anyone you pay to take your rubbish away is properly licensed to do so.Cllr David Smith, Portfolio Holder for Community Safety and Engagement, and Regulatory Services

Also fined by the Court last Tuesday was Lola Declemente (21) of Broughton Place in Eastfield, Northampton, who was found guilty in her absence of littering and fined £250 and ordered to pay £1,300 in legal costs plus a £34 victim surcharge.

The court heard that Miss Declemente had ignored a £150 littering fine issued to her by Neighbourhood Wardens after she dumped two black sacks of rubbish in Eastfield last September.