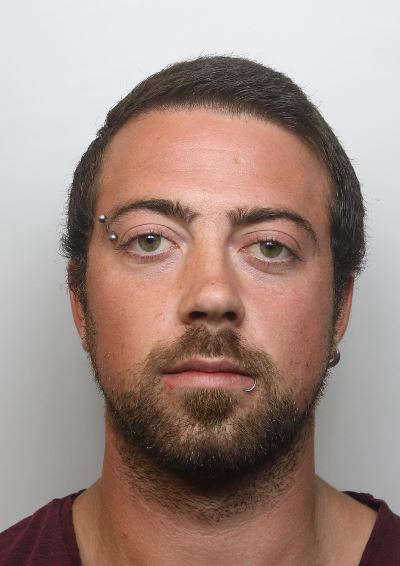 A 27-year-old man has pleaded guilty to multiple sexual offences in Northampton.

The offences form part of Northamptonshire Police’s Operation Antigua – an investigation launched at the end of June 2020 which focuses on reported sexual abuse between the years of 2006 and 2016, all originating from the statue in Abington Street where young people would gather.

One of them was just 14-years-old in 2016 when the then 21-year-old Yildirim had sex with her. He also coerced her into sending sexual images of herself to him.

Another woman was only 15-years-old in 2015 when Yildirim contacted her on Facebook and started asking her for sexual images. She sent one before refusing to any send more at which point Yildirim became aggressive and threatening.

Finally, Yildirim sexually assaulted another girl only last year in the summer of 2021 when she was just 13-years-old.

At Northampton Crown Court today (May 12), Yildirim pleaded guilty to 14 sexual offences. He will be sentenced at the same court on June 24, 2022.

Senior Investigating Officer - Detective Inspector Liz Basham, said: “I am really pleased for the three young women in this case that Cuneyt Yildirim pleaded guilty to all of the offences, meaning none of them have to be put through the extra trauma of a trial.

“Northamptonshire Police never underestimates the courage it takes for survivors of sexual assault to come forward and talk to the police. All three have shown steadfast determination through this investigation in seeing justice through to the end and this takes enormous courage and strength.

“Though no court process or sentence will take away the pain inflicted on them by Cuneyt Yildirim, I hope the fact that he is now recognised for what he is – a sexual abuser, because of their bravery, provides them with some form of closure and justice.

“Finally, a number of people came forward as a result of our Operation Antigua appeals in 2020 and I just want to reassure them that the operation remains very much active with more investigations continuing to take place.”

Northamptonshire Police takes reports of sexual assault very seriously and will always treat reports of this nature with the confidentiality and sensitivity they deserve.

We will believe you.

If you have been a victim of sexual assault, whether recent or non-recent, please come forward by calling 101 clicking Northamptonshire Police online reporting tool at www.northants.police.uk.

If you have been a victim of a sexual offence but are not yet ready to speak to the police, please visit www.voicenorthants.org or call Voice on 0300 303 1965.

Voice, is a support service for anyone living in Northamptonshire, regardless of when, where or how crime happened to you. Services are free, confidential and you don’t have to have reported anything to the police.